There are always the same central themes which surround multilateral climate change conferences which include; who pays principle, pricing for damages and losses, mitigation versus adaptation, carbon pricing and emission reduction targets. The current draft text is not a formalized agreement but rather a set of resolutions and decisions that will build upon commitments made in the Paris Accord. The key aim of the draft text is to maintain the 1.5C degrees of global heating. The draft text also explicitly mentions the phasing out of coal and fossil fuel subsidies, which is a first for a COP document. The document also sets out the goal to reduce global carbon emissions by 45% by 2030 relative to 2010 carbon levels and net-zero around mid-century.

Prime Minister Trudeau made his own ambitious commitments on the world stage for Canada by stating a $170 per tonne in 2030 carbon pricing target and doubled down on his campaign promise for Canada’s oil and gas sector to reach net zero by 2050.

Other relevant themes include adaptation finance which included a section on the current insufficiency of funding for developing country parties to carry out necessary adaptation programming. This section also refers to Article 9, paragraph 4 of the Paris Agreement, and calls upon developed countries to double their provision of climate finance for adaptation to developing countries in order to assist with the provision of scaled up financial resources. The financial burden of climate change is a recurring discussion that has yet to reach a definitive answer.

Another central development is the involvement of youth activists and youth protests. As the younger generation becomes more and more involved on the topic of climate change, it raises the question of the generational fairness of the climate crisis. As the onus of climate change decisions lies on older leaders, the youth continue to grow outraged and fatigued by the stagnant global outlook towards the crisis.

The youth aren’t the only ones questioning the legitimacy of who gets to be COP26- numerous civil society participants have brought up the exclusion of relevant environmental organizations, women’s groups, climate justice, and Indigenous groups.

On the other side of the aisle, multilateral discussions and agreements are a good way to establish norm-setting. Climate change diplomacy attempts to push national governments to make their commitments to limiting carbon emissions and financing their renewable sectors. However, norms are only as strong as the actions they inspire and what changes will come from COP26 will only be known in the future. Looking back to past agreements, the COP26 draft text details the failure of states to limit their carbon emissions- referring to the UN synthesis report where globally emissions rose 13.7% above the 2010 level by 2030. This fact shows that states were not able to enact the carbon emission reductions they promised in the Paris Accord. Hopefully, commitments made at COP26 are able to inspire action from governments.

We here at IDRF are always thinking about our own carbon footprint as an organization. We work in 50 countries globally and implement domestic programs as well. As an organization, we’ve taken a sustainable approach to all our programming. We are also ensuring that our supply chain procurement and project implementation is environmentally friendly. We ensure environmentally friendly practices by holding our field teams accountable and working through a framework that is not only cost-efficient, but also sustainable.

One of our initiatives that exemplifies our approach to sustainability is our Gaza program to provide emergency support to restore farmer’s livelihoods. The environmental impact of agricultural processes can be very damaging due to issues such as greenhouse gas production from food waste decomposition, land degradation, the use of large amounts of water, and fertilizer run-off. Sustainable agriculture is critical to ensuring that food production processes are not at odds with environmental security. 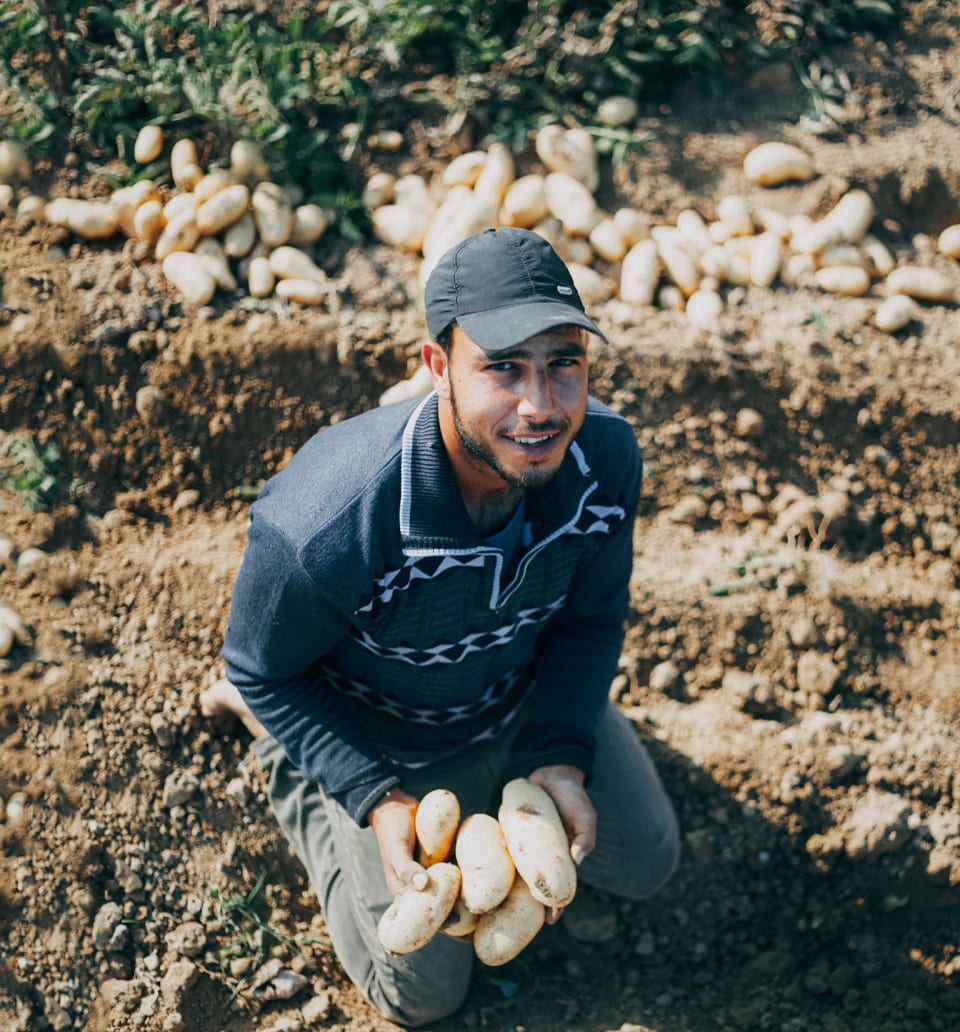 One of our initiatives that exemplifies our approach to sustainability is our Gaza program to provide emergency support to restore farmer’s livelihoods. The environmental impact of agricultural processes can be very damaging due to issues such as greenhouse gas production from food waste decomposition, land degradation, the use of large amounts of water, and fertilizer run-off. Sustainable agriculture is critical to ensuring that food production processes are not at odds with environmental security.

Agriculture is one of the most critical sectors within the Palestinian economy; it contributes to exports, provides food security, and ensures job creation. Developing sustainable agriculture within agrarian economies is critical to the development and use of environmentally friendly practices globally.

The estimated impact of this program is the restoration of 35 greenhouses and will provide usable farmland for 100 families which includes 616 citizens residing in Khan Younis and Rafah, Southern Gaza. The local communities of Gaza will experience improved market needs, increased food security, and new job production.

While IDRF is a relatively small organization, we believe every organization should look at their internal and external carbon footprints. Every organization, every group of people, and every person counts to minimizing their impact on the climate crisis.

We urge our supporters to take this critical time to pressure their governments to stand by their commitments and make their own personal sustainable choices.